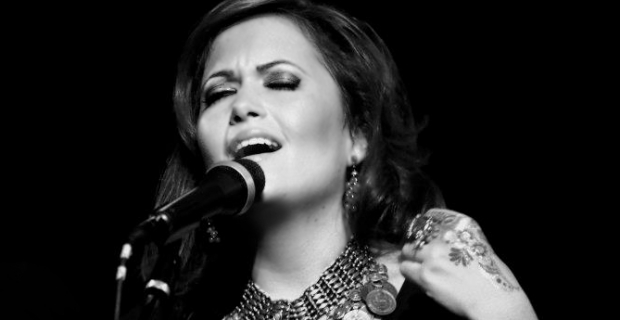 Here is my interview with Farah Siraj via Babylon Magazine.

The Jordanian music ambassadress Farah Siraj has a style that covers the US, the Middle East, Europe and even India. She has performed at some of the world’s most prestigious platforms, including the United Nations, Nobel Prize Hall, the World Economic Forum. After graduating from London’s Trinity College of Music, Farah studied in Berklee College of Music in Boston. She aims to raise awareness for peace and uses her music to express the reality of war.

After her “Nomad” album which she realeased in 2011,  she is back with “Dunya“. Her duet with A.R. Rahman and Ani Choying called ” Zariya” has been watched more than 3M and I expect that her success will pursue with her new album.

I guess you are in a great excitement after your last album release, Dunya. Como pasan los dias?

Yes! I am very excited about the release of my new album! It’s been an inspiring process and I’m thrilled to have it finally out so the world can hear it!

Where did you record it?

Dunya was recorded in New York, and mixed and mastered in Spain.

With whom did you work in this album and how did it affect your work?

Dunya was recorded my New York-based band: Andreas Arnold on guitar, Andres Rotmistrovsky on electric bass and Marcelo Woloski on percussion. We also have some very special guest playing on this album, including my own sister, Sarra! We recorded in New York at Goodchild Music Studios and then mixed and mastered with the Grammy award-winning Carlos Martos Wensell. Most of the tunes were arranged by Andreas Arnold, who really gives this record a unique sound. I would say that Dunya brought out the best in us. We played from our hearts and treated this album like our baby! Working with incredible musicians who are also my friends has made this experience extra special for me. When you approach music with people who you love and trust, that’s for me where the real magic happens!

In Turkish we also use the word “Dünya” for describing the world. What is the meaning of this name for you?

Dunya also means “world” and “life” in Arabic and also Hindi! Dunya for me is all-encompassing. It was the perfect title for this album. Since the album has musical influences for many different parts of the world, including the Middle East, India, Europe, USA and Latin America, it felt natural to name it “Dunya”.

“Dunya” is mostly in Arabic but then we see covers of “Besame Mucho” and “Naci en Alamo”.  Why did you pick these songs?

True, most of the songs in the album are in Arabic, but Besame Mucho, Naci en Alamo and Metropolis were also a perfect fit for this album. In each of these Spanish songs, we also have hints of Arabic, whether in the lyrics or in the music. I have always loved Besame Mucho and Naci en Alamo, and I wanted to sing them in a way that would them my own. That’s how they ended up on Dunya!

We see some unfettered style pattern coming up in your singing, you rise to high pitches and ramble around at liberty. How would you describe your own style of singing?

You describe yourself as World musician & humanitarian. Could you tell us about your stance?

In my eyes the highest purpose my music can have is to serve and help others. Music is my medium to inspire people to make positive changes in their lives amd in the lives of others. I am passionate about raising awareness about situations of war and poverty. It’s easy to forget how fortunate you are if life is easy, but when you hear a song that addresses the hardship of other people, people you could actually help, it makes you think, and my hope is that it will make you act.

You have a great combination of music combining Middle east tunes with Jazz and Flamenco, do you have a story behind that?

Growing up in the Middle East, I was immersed in Arabic music, and my musical heritage stayed with me. Then living in Spain I dove into the flamenco world, and that also became a part of my sound. Also living in the United States and especially while studying at Berklee College of Music in Boston, I studied jazz and Latin American music and eventually that also became a part of my sound. And so now when I sing, there are hints of all of these influences that have made me who I am today.

And inseperable bonds with flamenco…it seems more than a spice for you?

When I heard flamenco for the first time, I was very young, and something in me shifted. I was fascinated, and till this day I am still fascinated. After my studies at Berklee College of Music, I spent time in Sevilla learning Cante Flamenco (flamenco singing). However, I could not sing exactly like them, my voice had something arabian in it that I just couldn’t hide! Luckily, that is what made my flamenco singing special and I have had the incredible experiences of taking the stage with some of the worlds best flamenco artists, including Pitingo, Carmen Linares, Arcangel and Dorantes. Also, meeting Paco de Lucia (may he rest in peace) was the highlight of my “flamenco experience”!

Which other kinds of music influence your own music? What do you listen to?

I have many musical influences. I listen to different kinds of music. My favorite are Arabic, Flamenco, Jazz, Latin and Indian music. I listen to everything from Nusrat Fateh Ali Khan to Tracy Champman!

What is your favourite daily activity? How do you nourish and inspire yourself?

Every day, I set some time aside to meditate. It grounds me. I find that being in silence with myself does wonders for me and helps me focus on what’s important.

What inspires you the most?

What most inspires me is travelling and seeing the world.  I love discovering new cultures and listening to new music. Each country has it’s own unique music and way of life, and that for me is very inspiring. I feel very fortunate to travel the world with my music and have these incredible experiences.

You have lived in several countries in your life, can we see traces of that in your music?

Absolutely. Everywhere I have lived has left it’s trace in my music. It’s inevtiable! When I went to India for the first time, I fell in love with it. My whole time there I was feel inspired. Even though I had never been there, I love it as if it were my own. To discover a love so strong for a place I had not been before was life-changing!

In your previous album Nomad, we could catch some Turkish tunes ( Dejame Entrar), why did you choose it?

When I was little, my mother used to play “Ah ya Zein” for me on the keyboard and sing. That stayed with me, and somehow when the moment was right, many years later, it found itself on my album “Nomad”!

Your performance of “Zariya” ft A.R.Rahman and Ani Choying received much attention on internet, all over the world. How did it feel to be on stage with them?

Performing with A.R. Rahman was definitely one of the highlights of my career. I had always admired him as an artist and also as a person, and working with him amplified my admiration even more! It was an unforgettable experience being on that stage with him! Ani Choying is a dear friend of mine who an inspirational artist and beautiful human being. Spending time with her in India was one of the beautiful blessings life has given me. I will never forget my time in India and cannot wait to return. I feel a very strong pull towards it, and hope that I can live her at one point in my life.

You sing in English, Arabic and Spanish. Can we say that it is a proof of your  melting-pot of world music?

Yes! It’s great to be able to communicate with audiences in English, Arabic and Spanish. I have been lucky that so far I have not experienced language barrier problems!

Could you introduce your band, you should have an ethnically diverse band?

The Farah Siraj Band (based in New York) consists of Andreas Arnold on guitar, Andres Rotmistrovsky on electric bass, Marcelo Woloski on percussion and your truly on Voice and guitar. Andreas, Andres and Marcelo are like my brothers. We all bring our musical influences to the table and I think that, in additional to our friendship, is what makes our sound special.

You also have a duet called: Leilah on Pitingo’s new album and he also sings in Arabic with you. How did this idea come up?

Working with Pitingo is always an inspiring experience! We had been wanting to sing a duet for a while, and when he heard me singing “Leilah”, he said “this is it!”. Singing in Arabic was Pitingo’s way of honoring the arabian roots of flamenco.

Is it in your plan to visit Istanbul for a gig?

I would love to have a concert in Instanbul! I put the wish out there and hopefully the universe will make it happen soon! Turkey is very special to me. In fact, I am part Turkish! My mother’s side of the family have roots from Bodrum. In addition, my first ever professional recording (at the age of 17) was in Instabul with the Turkish Symphony Orchestra! I hope to come soon!