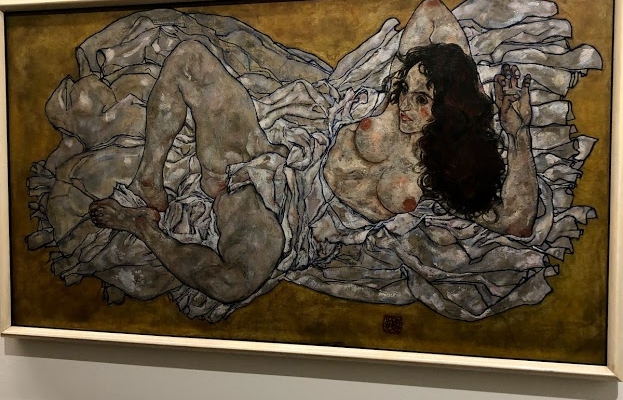 So, another stop at museum rally in Vienna. Leopold Museum, with around 6000 artworks, is in the Museumsquarter in Vienna. It has one of the largest collections of modern Austrian art focusing on the second half of the nineteenth century and subsequent Modernism, containing artists such as Egon Schiele, Gustav Klimt, Oskar Kokoschka and Richard Gerstl. The works are showing the gradual transformation from the Wiener Secession, the Art Nouveau/Jugendstil movement in Austria to Expressionism. The museum’s holdings are based on the collecting activities of Rudolf and Elisabeth Leopold, two ophthalmologists, beginning in the 1950s.

It has the world’s largest Egon Schiele Collection with more than 220 works.